June is Pride month and so is August.  In June we celebrate the brave stand down of gays and lesbians in a bar in New York city in 1969. These were people who were fed up with being attacked, derided, outcast. They remind us to get into action. August was tacked on possibly because the first week of August in Europe is the best promise of good weather for a good parade. A few Pride events happen in July.

We are steadily moving towards every month being Pride month.

A Pride event in Europe gives LGBT employees the chance to show pride in themselves and provoke their company to do more for their LGBT employees. Laws in the Netherlands no longer exclude LGBT people. It  is now the job of companies to include and society to embrace them (us).

The business community has dedicated very little research to the business case for LGBTQ+ networks in companies. When I did my research on the added value of LGBT networks for corporationsin 2008, Professor Yvonne Benschop of the Business School at Radboud University in the Netherlands had little relevant research to share with me. Her department’s new study this July comes as a welcome addition to the scant research.

The first company to participate in Canal Pride in Amsterdam was Shell in 2007. A year later five other transnational corporations in the Netherlands joined Shell in a flotilla of company boats. Their message was “Company Pride Personal Pride”. 13 corporates participated in Canal Pride in 2018.

More than just a parade

Take ING. ING is signatory to the 2011 Declaration of Amsterdam for an LGBTQ+ inclusive workplace. “The Declaration of Amsterdam strives for inclusive corporate cultures where LGBT employees feel valued, can be their authentic selves and realize their full potential; working environments for LGBT people that go beyond minimum legal requirements of equality; Active leadership from straight [heterosexual] allies and LGBT role models who visibly support LGBT-inclusive workplaces; and dedicated, declared and active collaboration between employers AND LGBT employees to realize mutually beneficial improvements.” To measure how well companies are upholding their promise, the 23 signatories participate in a global benchmark. ING scores in the top-tier.

Actions ING has taken include one month paid parental leave for new fathers and no-biological parents, which is three weeks more than is required by law. They can also opt for a further three months of unpaid leave immediately afterwards. 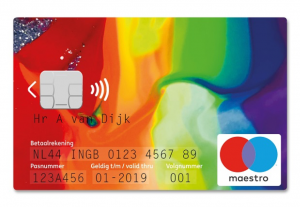 ING also introduced the global Rainbow Families project in 2017 to eliminate any gaps in its policies for LGBTQ+ employees. Both projects were initiated by GALA, the LGBTQ+ network of ING. “Governments have to change the laws,” the head of diversity said, “but we can promote the Orange Code [and the diversity manifesto] that apply to employees worldwide and set a good example.’’

The policies are global and have been instituted in the easy countries. GALA is working with the company to roll them out to other countries. ING operates in three of the 72 countries in the world that criminalize homosexuality.

The new Radboud study of diversity networks and their contribution to equality has several findings worth thinking about. It found that LGBTQ+ network leaders pull for normalising LGBTQ+ in the workplace, without critically questioning the underlying white and heteronormative conceptions of professionalism. “Only when networks also address difference and the unique contributions of their members, and foster their sense of belongingness to the organization,” the researchers argue, “can diversity networks contribute to inclusion on the organizational level.”

Gay men, flaming queens and lesbians. Whatever we are, we are not the same. When it comes to glass ceilings and equal opportunities we are definitely in different leagues. PwC undertook a study of same-sex attracted women in the workplace in Australia this year and found that LGBTI women are 12% less likely to be out at work than men and don’t feel included in the corporate LGBTI networks. I am skeptical of one of the study’s conclusions. It assumes that women would feel more included if women and men take equal leadership in the network. This is a very gender-binary conclusion. Apart from that, the approach has been tried before and still women find themselves in a minority and overlooked.

The future is dancing

There is so much more to do. We have to get better at inclusion. We have to leave the discourse of normal and embrace our true colours. Companies should be paying more attention to developing the leadership of the LGBTQ+ network leaders. These people can bring something completely new to the company.

We can get better at getting the best out of our networks. There is so much potential waiting to be used – networks, as I argued in my dissertation and later in my book, provide relational, cognitive and structural value to companies (and to individual employees). I have developed a workshop and masterclass for companies to be smart about networks and have provided this workshop in the Netherlands, the USA, the UK, Australia Tanzania, Uganda and Ethiopia.

Until every month is a Pride month, employees will keep on dancing.

Lin McDevitt-Pugh MBA Studied at Henley and wrote her dissertation on “LGBT Corporate Networks in the Netherlands: An Exploration” (2008)

A compact version of this article appeared at the end of August on the Henley Management School blog.