“Thanks Lin. As a migrant, thank you for encouraging me to build my network!”

This week culture specialist Nour Naimi and I worked with a group of newly arrived migrants in Zaanstad. We were both curious how our training in developing and using our networks would work in this setting.  This was the first time we would provide our workshop to participants from many different countries and backgrounds speaking diverse languages. We provide the training to all new residents of Zaanstad who are required to follow the Participatieverklaring traject.

To give a sense of the diversity in the group, we had a seismologist from Costa Rica, an illiterate farmer from Ghana, an MBA from Kenya,  a cleaner from the Dominican Republic, a radio journalist from Ghana, a Syrian teacher, a Surinamese eldercare worker and a young mother from the USA.

We knew that our training provides valuable support for groups of Syrian refugees, but could that translate to people from so many different countries and backgrounds?

The answer is yes. It could not have been better!

Because above all, the thing that defined the group was that they were all new to this country and were all looking to build a life here. And having a network is a key requirement to building a life – whether you are a migrant or born and raised in the country.

The Ghanese farmer explained the point to us in the clearest of examples. Never having had the opportunity to go to school, this young father learned English through his friends. They all talked English together and because he liked them, he wanted to communicate with them. If anyone had the idea that networking is somehow ‘sucking up’ to people, he dispelled the idea. Being involved with the people you know and like, learning a language just happens. Not one person in that group would have the idea that he was ‘using’ them. 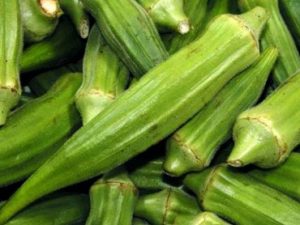 This natural way of building networks was illustrated by the friendship that formed between the MBA from Kenya and the Costa Rican seismologist. She wanted to know where she could buy African vegetables as she, like so many migrants, lives in a town that is oriented to the Dutch market. The seismologist knew exactly where to buy African vegetables. They went together to a local Indonesian toko within an easy train ride from her home.

Our workshop once again illustrated that the basis of networking is knowing what you need. The young mother defined her need as wanting to meet more young families and build a circle of friends.  When I contacted her a few days later to tell about a baby café in Amsterdam, she said she had already found people in her town to start a baby café there. And people had invited her to coffee. By defining her need, she was fully able to take the next step herself.

The WhatsApp group we made of all the participants is now buzzing. People are giving each other tips on where to find work. They are forming a community.